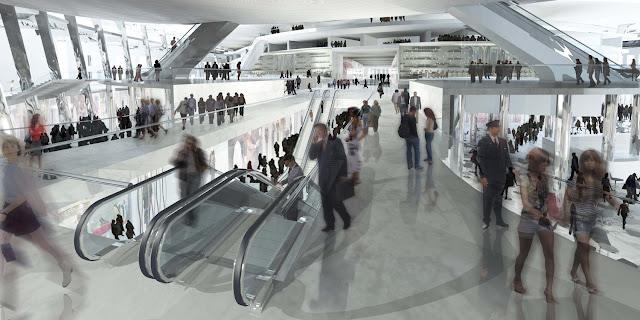 “…Persuasive, sometimes contradictory, often highly condensed, precisely because it is a climate of opinion, orthodox theory does not submit itself too readily to analysis. It is like a building which resists frontal examination which, in consequence, one is obliged to approach from the flank; and, so, since it is impossible to approach it head on, it might be as well as a beginning to get into it as it were by surprise and then very briefly to observe one of its central assumptions –a proposition that the condition of a community´s architecture is a symptom of its social and spiritual health. This, as the more scientifically stated proposition that the evolution of architecture may be an index to the history of ideas, is obviously one of the more basic postulates of the history of art; but, as a hypothesis that contemporary society is sick, doomed, lacking in integration, chaotic, while the society of the future will be whole, sane, organically differentiated and ordered, it furnishes an invaluable clue to the mind and spirit of an epoch. The world, it seems to imply awaits the great regeneration; and modern architecture emerges as a kind of present evidence of this, as the result not so much of a change of vision but as the result of a change of heart..”
Colin Rowe. Neo-“Classicism” and Modern Architecture I (extracto) 1957
Publicado originalmente en Opposition 1, 1973
Tomado de
Colin Rowe. The mathematical of the ideal Villa and other essays.
Cambridge. MIT Press, 1976.
Seleccionado por el arq. Martín Lisnovsky
Publicadas por arq. Martín Lisnovsky a la/s 19:14